Only Manufacturer with Multiple Systems in Top Ten of Top500 and Green500, Debuts World’s Most Powerful Commercial Supercomputer

ARMONK, N.Y., — IBM (NYSE: IBM) today announced that it is the only vendor to have multiple systems in the Top 10 of the semi-annual Top500 and Green500 supercomputer lists. This includes the US Dept of Energy’s Summit and Sierra supercomputers, the overall number one and number two most powerful supercomputers in the world, along with the Lassen Supercomputer built for Lawrence Livermore National Labs. IBM also teamed with Total, a global oil producer, for the world’s most powerful commercial supercomputer that debuted on the Top500 list at #11.

IBM Highlights from this iteration of the Top500 list and Green500 list, rank systems by performance and energy efficiency, respectfully include: 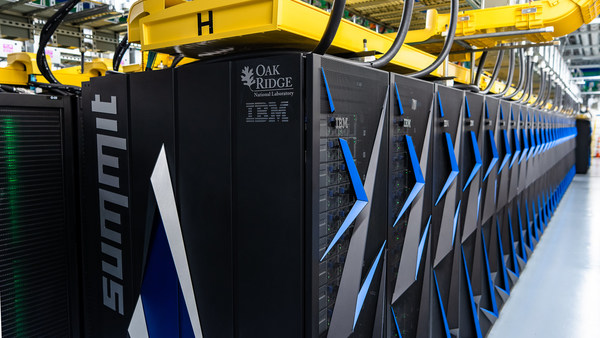 “IBM was an early-adopter of data-centric design principles, and when we began developing POWER9 for the HPC industry we maintained that we wanted it to be measured by application performance,” said IBM Vice President of Exascale Systems David Turek. “Our systems appearing in the top ranks for both performance and energy efficiency is a testament to our efforts. Also, seeing this technology now permeate into commercial systems is an important development for the industry as we evolve these workloads for both traditional and deep learning applications.”

IBM POWER9’s industry leading approach to memory bandwidth allows for 9.5x faster data transfer between the POWER9 processor and its attached accelerators vs compared x86i. IBM POWER9 systems are designed to move data throughout the system with fewer bottlenecks and improve energy efficiency.

As part of the OpenPOWER Foundation, IBM worked with NVIDIA to jointly develop the industry’s only CPU-to-GPU NVIDIA NVLink connection, which allows for 5.6x faster memory bandwidth between the IBM POWER9 CPU and NVIDIA Tesla V100 Tensorcore GPUs than compared x86-based systemsii. This allows for nearly a 4x reduction in AI model trainingiii versus the compared x86 based systems.

New on the Top500 list is Pangea III, a new supercomputer built by IBM for Total. Pangea III is being built using the same IBM POWER9, high-performance architecture as used in the U.S. Department of Energy’s Summit and Sierra supercomputers, the world’s smartest supercomputers. IBM POWER9 is designed to take advantage of attached accelerators, which can help clients not only improve performance but also improve energy efficiency in their HPC workloads.